The Place I Am.

Right about now I should be grabbing a quick bite to eat, lugging my backpack full of textbooks (whilst pondering scoliosis prophylaxis, no doubt) to the student center and flopping down into a slightly padded chair that somehow treads the line between inviting and don’t-get-too-comfortable. I’d eat too many carbs and probably chase it down with some candy, because I’m a champion stress-eater and I have 3 tests this week. I’d finish eating and hustle to my next class, likely ruing the fact I forgot a spare set of scrubs. I have anatomy and physiology lab that afternoon and the smell of formalin clings for hours and makes my nose itch.


I’d finish the day and drive home. Maybe the mister would already be there, or perhaps he’d be working late. I’d wander hopelessly around the kitchen and pray he got home soon because no matter how hypothetical the situation, I have no idea how to formulate a meal that covers more than two food groups and/or doesn’t include M&M’s and popcorn as an entrée. I’d eat. Study. Write. Sleep. Repeat for another 30 or so months until I had both a highly employable degree (for real this time, parents!) and perhaps a couple marketable novels. I sometimes even get extra fanciful and imagine I'd have an agent. Maybe a book deal.
That was the plan.


I spent more than two years working to get into that program. Fittingly, the last semester was the most hellacious: a 16 week period of one full time day job, one part time night job, a 200-mile weekly commute for an 8 AM class, and job shadowing every spare second I could. Writing every rare moment I wasn’t drooling down the side of my pillow. Or face. While at Starbucks. Again.
In reality, it’s noon-thirty. I’m slumped in my recliner, still in the shorts and t-shirt I slept in, the latter plus one mysterious damp spot on my left shoulder that I’m trying to ignore out of my current reality. I’m watching a really bad movie just because it happens to be on and drinking on the same cup of coffee that within the last 3 hours I’ve reheated more times than I can remember. (It’s cold again now.)


My deviation from the plan is (finally) asleep in my lap. He has his daddy’s hair, the same faint dimple. Chubby little block feet and big brown eyes. Since his arrival a month ago I’ve stared at him for hours trying to see something of me in him; the best I’ve come up with is his pouty bottom lip and the face he gets when the milk wench is slow and life generally isn’t going quite to plan. (I pray my attitude doesn’t manifest in him, but I know better than to hold my breath.) He’s wrapped up in one of his daddy’s old baby blankets--an odd combination of red and white checkerboard and panda bears holding yellow cups (?)—and his mouth is hanging wide open (wait--maybe he gets that from me too). He’s perfect and healthy and beautiful (no matter how rugged and not beautiful his father claims him to be).
It's all perfect.

That's not to say I don't wish some things were different. Little things, mostly. I wish I could get my crap together so both my kid and I could be appropriately dressed for the public’s consumption at the same time of any given day. I wish it wasn’t a gazillion degrees outside so I could use the gorgeous woven wrap given to me by a friend without both me and the gremlin becoming howling, sweaty messes. I wish that earlier, instead of falling asleep sitting straight up, I stayed awake and did those lunges I’ve been planning. Or that to-do list that gets longer every day. That Scrivener would develop the IOS platform so I could maybe get some writing done at 0400 when I have a screaming baby in one hand and my phone in the other.


I’ve learned a lot in the past month, mostly about how to struggle, because Lord, am I struggling. I thought I knew how. I couldn’t fill a thimble with the things I thought I knew prior to having a baby. I’m struggling with my faith. With the fact my mind is too fuzzy to come up with words for those novels I’ve been trying to finish. Between them and the baby, I feel like everything is crying for attention and I don’t know what any of it needs. I’m struggling with time. With being needed constantly. I never realized how often every 2 hours rolls around until my life became dictated by such increments. I’m struggling with my patience when I find yet another little balled up red string that my mother-in-law says will cure the kid’s hiccups if it’s placed on his forehead. Thus far I’ve got a shit-ton of red strings and pretty much the same amount of hiccups. I never realized how traveling with a kid makes every single outing seems like a transatlantic journey by steamer. I struggle making sure I have everything I need for my five block trip to the gas station for a snack, never mind packing for this small creature who requires more accessories than Malibu Barbie on Spring Break. This deviation from the plan seems to have caused a tsunami of improvisation to hit my life, and I'm doing my best to keep my head above the waves.

I’ll start school next August, after fighting tooth and nail for a one year deferment. I’ll lug those books, eat poorly, smell of formalin, still be a culinary imbecile. I’ll surely also still be covered in various bodily fluids, sleep deprived and passing as much time as possible in my recliner. I’ll finish those novels, because dammit, what little part of my soul that isn’t now housed in this ten pound lap gremlin has a story to tell. Things will go to plan.

The cat meows in my face and I jerk to attention. I’ve moved now from my recliner to the couch. Baby is awake (again) and whenever he’s not glaring my general direction, he stares out at this world with a wide-eyed wonder.  I know he can barely see beyond his own nose at this point, but he finds everything enthralling nonetheless.

I change his diaper and he pees on me. Again. He’s got this big smile on his little face that makes me melt into a ridiculous puddle of joy and satisfaction. I go on ignoring yet another damp spot on my clothes. We go through life in yet another 120 minute increment that is both simultaneously exhausting and precious. I marvel at the wonderment in his eyes and feel a sense of loss for my own--where did that go? I ponder how I go about recapturing it, then it realize it's happening. Right now. The past month has proven to me I don’t know much. But I know where I am, right here, right now, is right where I’m supposed to be.
Posted by leegomez at 3:23 PM 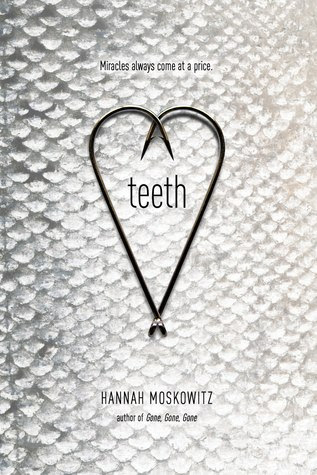 leegomez
I'm an aspiring novelist. My current occupation title is student/teacher/labrat. Owner of one vindictive cat and two semi-insane dogs. My blog is about (eventual) milestones, (current) trials, WIP groans, WTHs, and how my damn DNA primers failed (again).